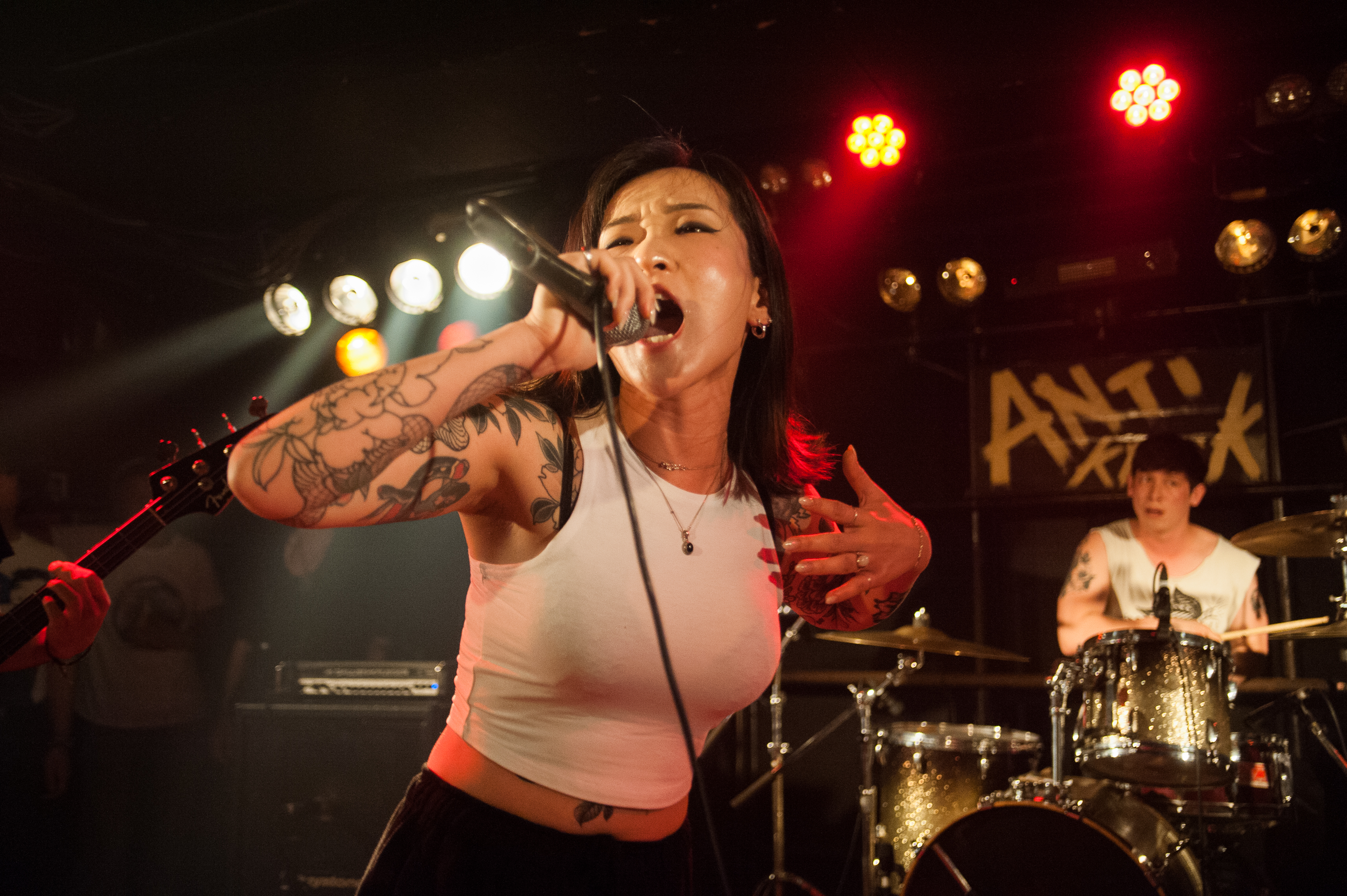 A Tokyo JET brings together his love of photography and music

Music and photography have always been part of my life. I had a sizeable cassette tape and CD collection by the time I entered high school, and my grandparents always made sure I had a roll of film or two for my point-and-shoot camera when we went on family vacations. I combined the two interests when I moved to Portland, Oregon in 2008 and started photographing Portland’s punk, metal, and indie rock scene.

After finishing graduate school, I applied for the JET Programme. Having photographed bands like Forward and Boris while living in Portland, I was excited for the opportunity to network with and photograph the bands who reside in and tour through Tokyo. When I was notified by the JET Programme that I would be placed in Tokyo, I did a lot of research on which venues to pay attention to, which stores specialized in the music I listen to, and which bands I could get in contact with once I arrived.

My typical approach to photographing concerts starts with figuring out the camera policy of a venue. I typically photograph punk shows, and the venues don’t really care who brings a camera. There are often multiple people with cameras of all types, from professional bodies to small point-and-shoot film cameras. Between sets or after the show, I often have the opportunity to talk to band members who are milling around the bar area or the merchandise table.

When I know the camera policy of a venue, I can start selecting my setup. For example, a punk band playing at a more DIY venue may push me towards using black and white and a flash to freeze the movement of the musicians. On the other hand, a shoegaze band playing in a venue with colorful backlighting and great spotlighting will allow me to skip the flash and take advantage of professionally designed lighting.

My gear consists of two different setups. My camera of choice is a Nikon F4 film camera with an SB-24 flash, a combination that I’ve been using for ten years. In Portland, most concerts I photographed were on Kodak Tri-X, a classic high contrast black and white film used by photographers like Anton Corbijn, Garry Winogrand, and Sebastião Salgado. When I want photos to be in color, I typically bring my Nikon D700 and Nikon SB-800 flash. Because of the way they were designed, my film lenses are still compatible with my D700, which cuts down on the number of lenses I need to own.

I have now been in Japan for five years, and I am currently working as an ALT at a private school in Tokyo. While in Japan, I have had the opportunity to photograph bands from all over the world, but two shows, in particular, have really made being here feel special. The first was one of the earliest concerts I attended in Japan—a festival called Grindfest, held at Trinity B3 Skatepark in Itabashi. The lineup consisted of punk, grindcore, metal, and a heavy dub group. During the set of a thrash metal band, some people decided to start skating along to the music, and I found myself in a position to catch the band, the crowd, and a skater all in the same frame.

The second was a free event that I heard about by chance on Facebook: a combination concert and art exhibition, with four bands and forty artists, held at an abandoned bathhouse and apartment complex in South Tokyo. I didn’t arrive soon enough to see Boys Age, and the fin. ran into noise complaints and visits from the cops. However, ヒカシュー, an 80s art pop group, and Melt-Banana, a 90s noise group, made the trip well worth it. ヒカシュー played a career-spanning set and even covered Kraftwerk, which was a pleasant surprise. Melt-Banana were as intense as ever despite downsizing to a duo since the last time I saw them in Portland. The bare concrete bathhouse, lit with industrial work lights and only the tile mural on the wall to remind you of what it used to be, is something I’ll always remember.

Concert photography has been a huge part of why I’ve enjoyed my life in Japan so far—not only because I have been able to hear great music, but also because I have been able to meet great people. I’ve become friends with people who were just curious about my camera or the photos I took. I’ve met great photographers like Gin Satoh, who photographed Japanese punk bands in the late 70s and 80s, and Teppei Miki, who introduced himself to me after seeing me at a lot of the same shows that he was photographing. Five years only scratches the surface of the Tokyo music scene, but I’m thankful for all the opportunities I’ve had, and I look forward to meeting even more people in the future.

Bryan Phippen is originally from a town called Myrtle Creek, in Oregon, USA. He is a fifth-year Tokyo JET working as a Junior High and High School ALT at a combined grades private school.

All photos provided by Bryan Phippen