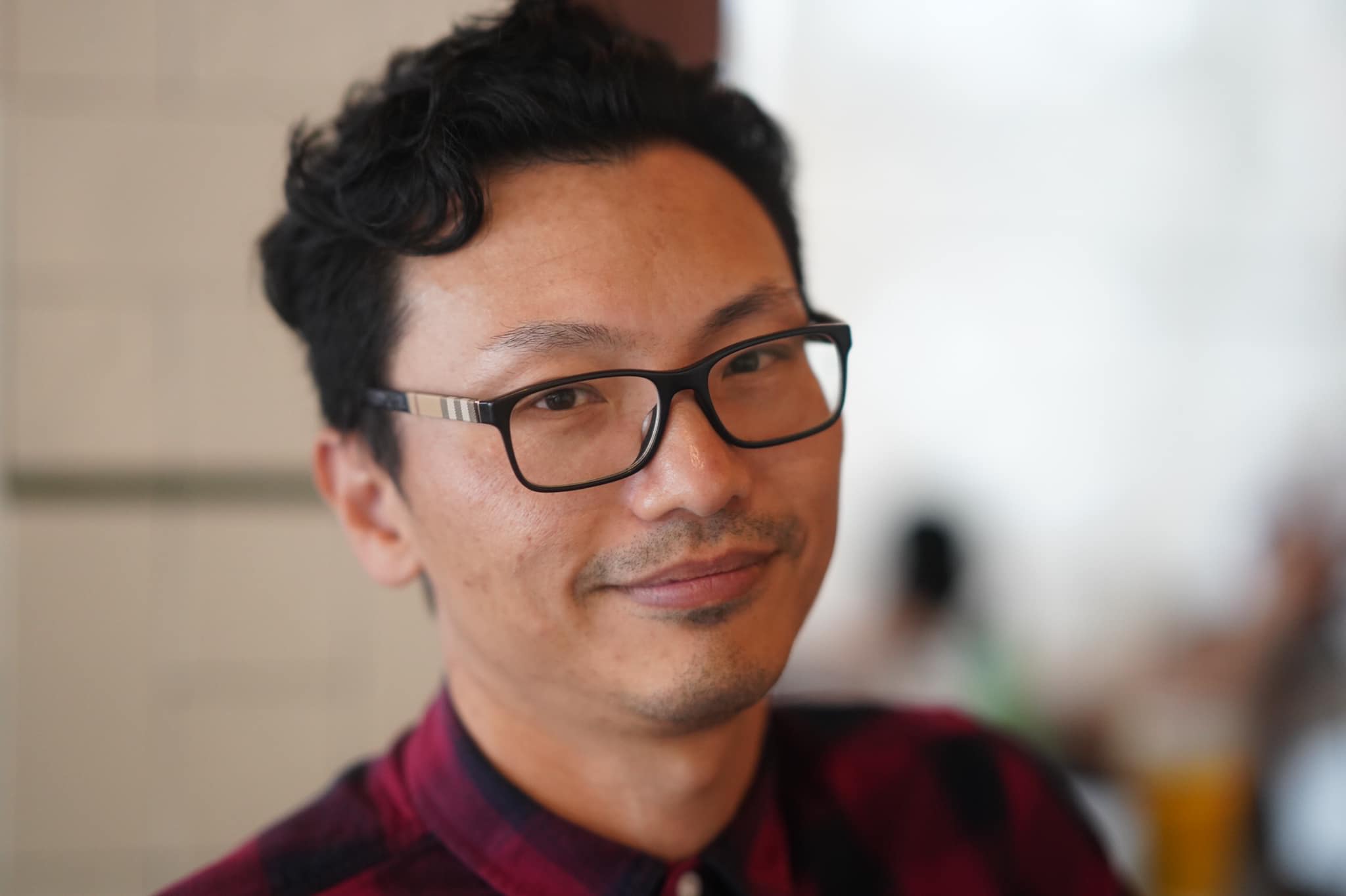 Please introduce yourself and where you’re from!
Hi – I’m Eden, and I’m from Sydney Australia (though originally born in Malaysia). I’m currently serving as the webmaster of both my local JETAANSW chapter and JETAAI (International). Before that, I served as a Chapter President, and Country Representative for Australia. So to call me a JET otaku (JET-taku?) wouldn’t be too inaccurate.

As far as hobbies go, I dabble in ceramics, photography, and illustration. I’m also a plant hoarder, and it’s getting to be quite a problem. I learnt the shamisen while on JET but embarrassingly, I haven’t picked it up in years. I would like to say I keep fit by swimming, but it’s been months (have you ever tried swimming during winter?) so that’s laughable.

Where and what did you study?
I did my undergraduate degrees at Wollongong University (which probably sounds like a made-up, Dr. Seuss-type name to non-Australian ears) – a Bachelor in Law and a Bachelor in Commerce (majoring in Accounting). I then got my Graduate Diploma in Legal Practice, which qualified me to practise as a lawyer, so of course the next logical step was to launch into IT straight after graduation. Along the way, I beefed that up with a Diploma in Information Technology (Web Development) from the Sydney Institute of Technology (part of the Australian government-run vocational colleges or institutions system, called TAFE). Apparently, that wasn’t enough for me and a few years ago, I completed a Graduate Certificate in Multimedia from the University of Technology, Sydney (UTS). I think I’m done studying for now.

However, I would say that in my industry of IT at least, sometimes studying doesn’t quite replace the importance of experience and practical knowledge. One’s personality and approach to work, particularly how one gets along with people and the team, are just as important — the so-called “soft” skills. That is a bit harder to teach in class and comes from experience and exposure.

Where were you placed on JET and for how long?
I was placed as an ALT in Iwaki, Fukushima from 2010-2011. If you’re wondering, yes — I was there during the Tohoku Earthquake, which hit on the day of my junior high school’s graduation ceremony. I was based in the highlands, so I was not affected by the tsunami that devastated the coastal communities, though I was located roughly 50km or so from the stricken Daiichi power plant.

But seeing how people (local Japanese and JETs) responded made it one of the most amazing experiences of my life. It was quite simply, witnessing humanity at its best and greatest. It’s one of the reasons why I am in JETAA… and also why I get really annoyed by people complaining about things like not finding their favourite coffee beans or some such nonsense.

So, speaking objectively (of course), Iwaki — and Fukushima — is the best place in Japan, ever. Sorry (not).

I’m in the midst of changing my career direction, to move from front-end development into the Ux design field. For non-IT people, it means I want to focus less on the technical side, and more on the design and analytical side. I’ve worn many hats since starting in the IT industry – business analysis, QA analysis, programmer, project manager. Not everything I’ve done worked out – failure can suck hard, but it’s a shortcut to getting to know yourself, and can help focus one’s finite energies into something hopefully more fulfilling.

You develop resilience, patience and adaptability on JET. Resilience because you’re far from home and familiar surroundings, and additionally in my case, barely able to speak the language. Patience, not only with students and the inevitable frictions from cultural differences, but also with one’s fellow JETs, as you interact socially with types of people you’d otherwise never meet back home. And adaptability because your JTE would suddenly change your teaching schedule 15 minutes before class and you have to come up with a worksheet on a completely different topic.

Even though I had no intention of being a teacher, I can understand the appeal. For example, I had a 3rd year junior high kid who never did any work. Although he never misbehaved in my class, he was known to be violent and disruptive, which reflected, unfortunately, his family environment. I knew though, that he was into rap, particularly Eminem. One day we had English poetry as a lesson (basically writing haikus in English) and for some reason, I decided to give it one last crack. I said to him, look, poetry and rap are basically the same right? So why don’t you write me a rap song? Forget about the structure, just show me something. I then walked away, not really sure if it worked.

Fifteen minutes later, I hear a, “Eden-sensei! Eden-sensei!” and to my surprise, he signaled me to come over. He then handed me his notebook, in which he wrote a short… but undeniable… rap song… in English. I don’t remember it all, but it was something like “Eminem’s words… give me power. I am strong.” So I can totally understand how JET can turn people, who had no thoughts of a teaching career, into passionate and inspired educators.

And of course, it’s hard to overstate the effect that the Tohoku disaster had on one’s outlook of life (see above). The JET community channelled their efforts to volunteering — I’ve helped clear away debris in ruined neighbourhoods, played with children who stayed in shelters, and sorted donated supplies in a warehouse. Check out AJET’s page on volunteering opportunities: https://ajet.net/community/volunteering-charity/.

JET was more helpful and invaluable in my personal growth and development, rather than directly on career (although I included my chapter webmaster work in job applications). But this ultimately impacted positively on me as an employee because JET has been instrumental in developing my confidence, drive, and initiative, while JETAA provided a way to hone those skills which I’ve used in my professional life. I’ve become interested in projects that have some sort of social support aspect, which can be provided by working in JETAA, e.g. initiatives about career support and mentoring of returnees.

And due to my active involvement in the alumni sphere of JET, I’ve been very lucky to meet, network, and make friends with great, inspiring people locally and all over the world. I’ve been a speaker and mentor at the After JET Conference, and had the chance to meet and speak with the current Emperor and Empress of Japan (when they were the Crown Prince of Princess) at the 30th anniversary of the JET Programme in Tokyo. And if there’s a JET alumni group in a place I’m travelling to, I’ll more than likely have a ready-made social group to hang out with, despite having never met them before.

Hard to say — it’s a vast industry with many, many types of roles, and it’s not just about learning how to program or use Photoshop anymore. It can be marketing, business analysis, designing online educational tools, etc etc ad infinitum, and many seemingly unrelated pathways can take you there (I’ve interviewed past JETs on the winding road to their current careers). It’s far more important to be confident in yourself, to be resourceful, and network with people who can help you or mentor you along your way. And with the vast number of JET alumni in every conceivable industry or role, you have a potential pool of contacts who may be able to help. The soft skills you’ve learnt on JET, like cross-cultural communications, working as a team, adaptability and ability to work under pressure, inventiveness and innovation and (hopefully) maturity – all of these will make you stand out as a candidate, more so than a coding genius who will however fall apart when the first steaming pile of crisis hits the fan. And take time to know and understand what you want to do, and remember that you will most likely change career path as you figure things out – I’m still pretty clueless as to what should be doing.

For a starting point, see here for resources on how to talk about and utilise your experience on JET when job searching. I’m happy to have a chat with anyone if they think it’ll help – I’ll be on Linkedin (which you definitely should have if you’re deciding on an IT career). Send an email — perhaps I know someone who can help.