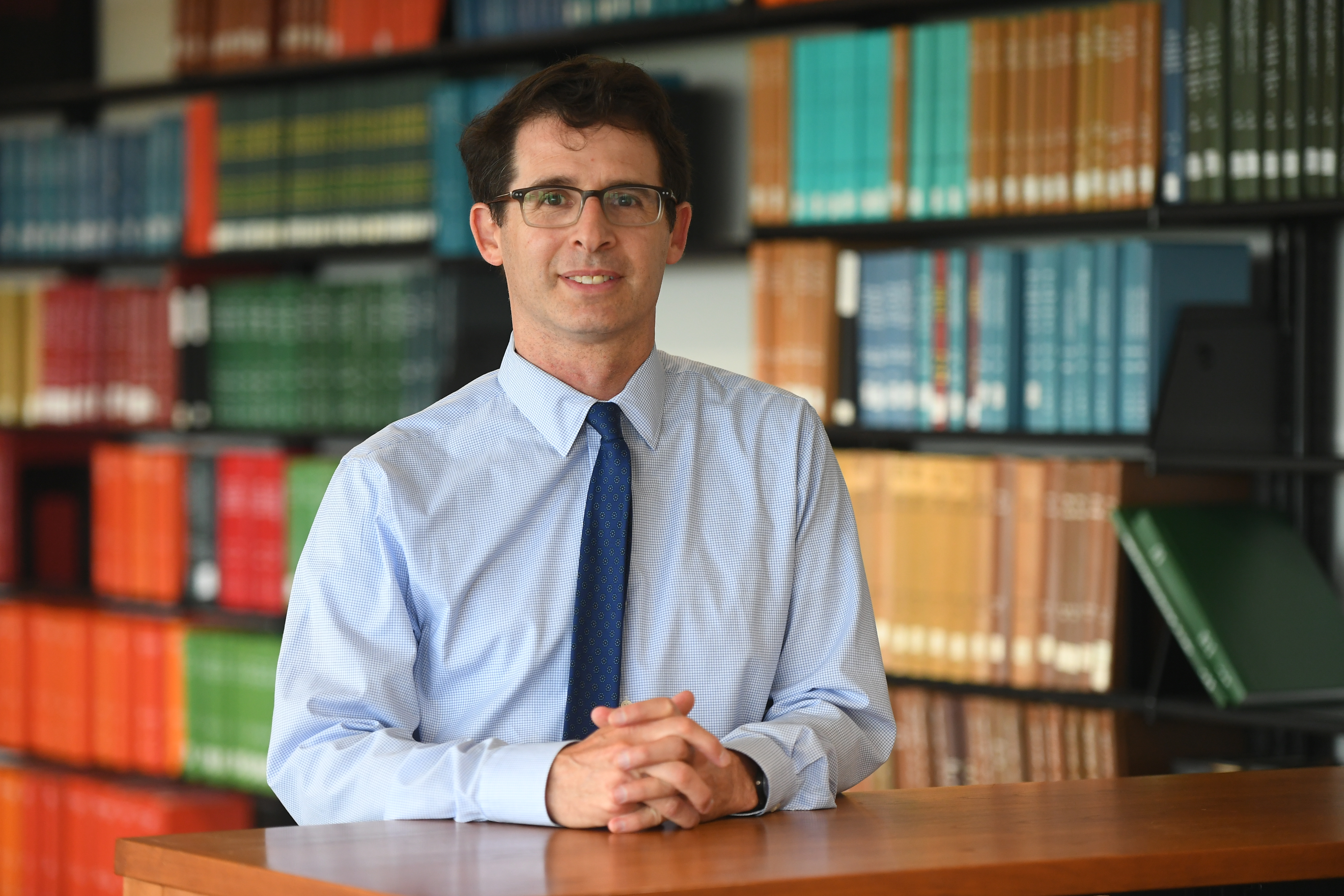 1. Please introduce yourself and where you’re from!

My name is Steven Horowitz. I currently live in Brooklyn, NY but I grew up in Princeton, NJ. And I love connecting dots in the JETAA-sphere, strengthening and tapping the amazing resource that is the worldwide JET alumni community, and helping JET alumni find work opportunities and figure out what they want to do with their lives. I’m the founder of the JETwit.com website and the JETwit Jobs Google Group and a member of the JETAA USA Board of Advisors. I also previously served as the JETAA New York Newsletter Editor from 2002-2008 and was on the JETAANY Board of Directors for several years.

2. Where and what did you study?

I got a BA in History from the University of Pennsylvania in 1992 where I also wrote sports for the school paper and played trombone in the pep band.

In 1994, right after 2 years on JET, I started at Duke Law School and graduated in 1998 after taking a year off in the middle to go back to Japan and intern for a lawyer and also spending a semester of law school studying law at Waseda University.

In 2012, I decided to merge law with ESL and got a CELTA Certificate.

3. Where were you placed on JET and for how long?

I was in Aichi-ken, Kariya-shi from 1992-94. I remember when I got the letter with my placement, joking with my family that I was going to “Korea.” And I might as well have been because I had no idea what I was getting myself into. And this was all pre-email and internet, so it was very hard to get info about everything and to communicate with my predecessor. As it turned out, Kariya City 17 minutes from Nagoya by express train and was right next to Toyota City, serving as home to two large Toyota subsidiaries as well as a significant Brazilian population. The people of Kariya were wonderful to me and I had a terrific experience living and working there.

4. What is your current career?

I am the Director of Legal English Programs at St. John’s University School of Law in Queens, New York. It’s really my dream job–teaching law and ESL to students from all over the world–and I have two other wonderful JET alumni as my colleagues there–Katy and Zach Piper, who met on JET in Kochi, later got married, and just had their first child at the end of April! To read and learn more about what I do, you can visit the St. John’s Legal English Blog (https://stjohnslegalenglish.com).

5. What were some memorable experiences you had on JET and/or how did the JET experience as a whole shape you to who you are today?

One of my memorable experiences of JET was just how much culture shock I experienced when I first arrived. I was a deer in the headlights and really had trouble making sense of what was going on around me, aided by my utter lack of Japanese ability. I was so dependent on others. And in retrospect I realized I felt so threatened by so many of the differences. The food. The communication style. The forms of conformity. I had a dream a week before leaving for JET in which I was in an apartment in Japan with a friend, and the friend left, and then I wasn’t sure what to do with myself. And when I got to my town, they brought me to my apartment (no rent and fully furnished, albeit very small), and then left me alone. And just like in the dream, I had no idea what to do with myself. It seems ridiculous now, but at the time for the first 3 or 4 weeks I was afraid to go outside by myself and just walk around.

This lack of control and frustration I felt, however, pushed me to confront myself in ways that have been extremely beneficial long term. I questioned every cultural assumption I’d ever had over time and learned to open my mind and see other perspectives in ways that still serve me well to this day. I pushed myself to study Japanese and develop study strategies that enabled me to start speaking, reading and writing Japanese after 9 months, after which my experience improved greatly. And I still draw on my Japanese studying experience to inform my current teaching.

Another memory I treasure is all the time I spent with a shorinji-kempo group that practiced in the small, low-key temple behind my apartment. I joined them when my Japanese was very limited and really had no idea what was going on. But I learned some moves and enjoyed sending videos home to my Jewish parents of their son wearing a gi with what looked like a Nazi symbol on it. I got to know the motley crew of guys better. We’d practice on cold nights and then order ramen from a ramen truck that would pull up literally right next to the entrance so that we didn’t need to even step outside. And on warm nights we’d hang out squatting and drinking beers in the parking lot of the Circle K after practice. And by the time I left JET I finally figured out that most of the guys were low level yakuza types. But super friendly to me!

Another great source of memories was all the hitchhiking I did during major holidays. All the places I saw, all the people I met, their kindness and generosity.

And I remember the intense reverse cultural shock on returning to the U.S. My JET experience was so surreal that I kept wondering if it had all been a dream. That desire to help other JETs adapt and process and make sense of it all, and my desire to continue trying to make sense of it all, is a big part of what drove me to get involved in JETAA and the JET alumni community. Friends and family often refer to me as a Japanophile. But I realized that’s not accurate. I’ve never been really into Japanese things. It’s actually that Japan has become a part of me and my identity, and I always want to feel connected to it.

6. How did JET help you in achieving your current career pathway or any professional endeavors?

I joke sometimes that while I’ve done a lot for JETAA, I was only an ok JET. Something clicked for me when I got involved with JETAA. I realized that through JETAA, I could take risks and try things out in ways that I couldn’t at my job. Because the consequences of screwing something up were so minimal. And that enabled me to develop new skills and more confidence. Also, in my work with JETAA, I learned to practice the principle of “It is better to ask for forgiveness than for permission.” So if I had an idea, I would just do it. If it worked out well, everyone was happy. If it didn’t, then no one had to know it happened. Or they didn’t care. That’s how I ended up creating JETwit. I saw this need to connect info and action among the independent JETAA chapters. But when I tried to ask about it, if I could do X or Y, etc., I would get silence. And finally I realized no one really knew–or had any authority. So I just created it and started using it to do good things.

I also ended up in my current line of work because of JETAA. I was working at a grant-writing job at a small non-profit in midtown but not really into it. I took a walk at lunchtime and ran into a JET alum friend (Marea Pariser) who explained she was currently teaching ESL on a freelance basis at a language school just around the corner. I had been in the process of organizing a JET alum career panel on Freelancing, and I had a few writers and translators on the panel, but I was looking for something else. So I invited her to be on the panel. When I finally ran the panel and was moderating it, as I listened to Marea talk about her teaching, I realized that that’s what I really wanted to be doing. That teaching English in Japan was the happiest I’d ever been in my work life. A month later, I quit my job (even though I had a two-year-old child) and started learning to be an ESL teacher. And it was the best decision I ever made. So thanks JET and JETAA!

7. Do you have any advice for JETs who might be looking into a similar pathway after their time on the program?

Well, I can’t say I recommend my specific winding, herky-jerky pathway. But I do encourage an indirect pathway for those who aren’t sure what they want to do. The only way to learn is to just keep trying things, keeping pushing yourself to make mistakes, learn from them and be self-reflective. At a certain point, the biggest risk becomes sitting pat and not taking risks.

Also, I used to always tell JET alumni to avoid going to law school, that it just wasn’t worth the cost in time or money. However, these days things have really shifted in the law school world, and in the grad school world in general. It’s really much more of a buyer’s market. If you’re a strong student and/or have a unique background (like every essentially JET does), a lot of law schools will practically pay you to attend their school. And they’re also under great pressure to help all their graduates find employment which means you get great career support. So if you think you might like law, I encourage you to go, as long as you do it in a way that you don’t incur much debt.

The other advice I have is to look through posts on JETwit.com and get on the JETwit Jobs Google Group so you can see the kinds of things that people do after JET. Also, connect with me on LinkedIn (I think I’m connected with about 1,000 other JET alumni so if you connect with me then you’ll be able to connect with all of them as well) and feel free to chat or brainstorm with me any time. I’m always happy to help JET alums think about work and career.