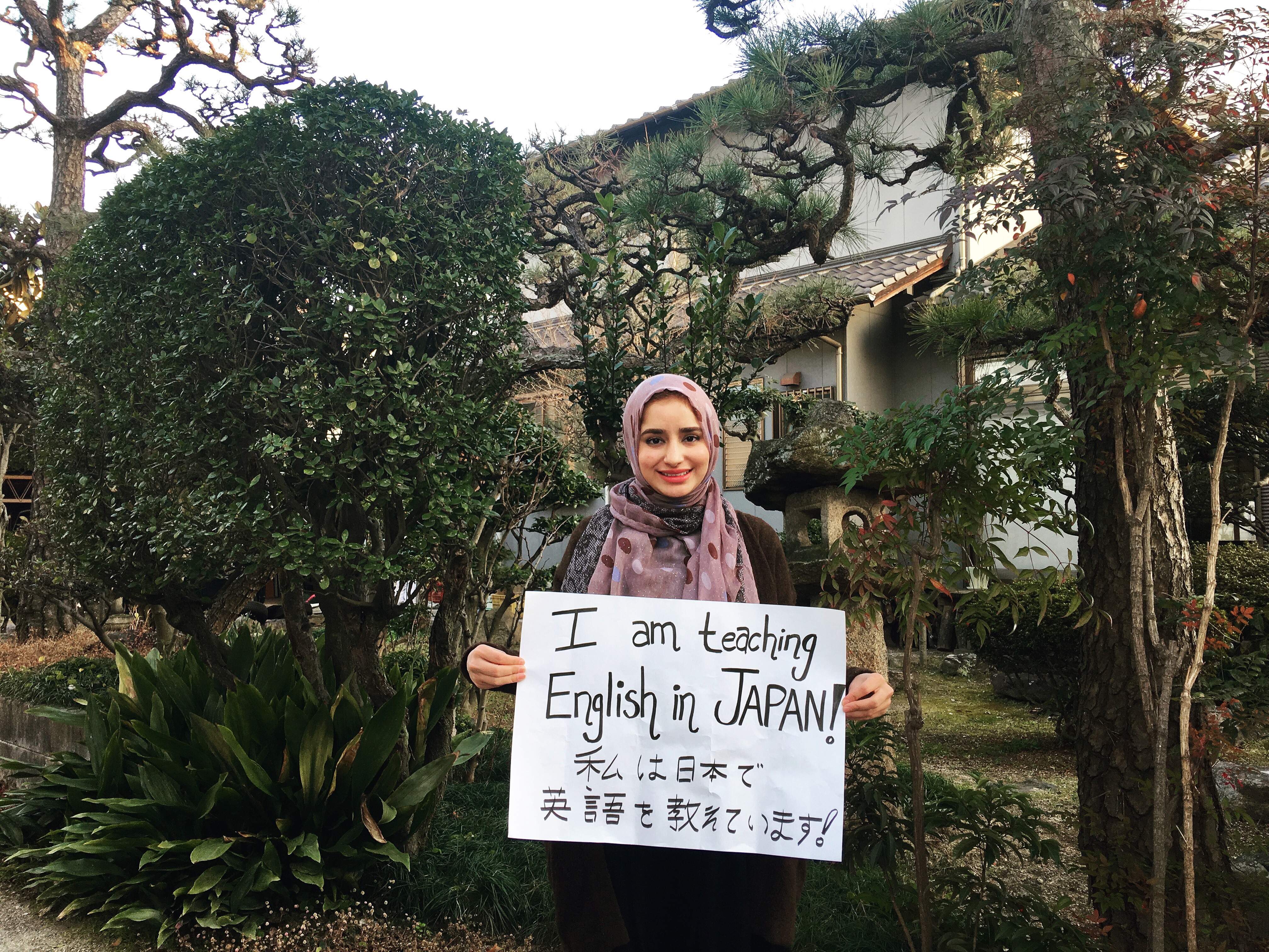 “Muslims are spied on in Japan”—this was the statement that I had read online when I searched about Muslims in Japan. I wasn’t sure if it was true or not but it made me anxious about the thought of living in Japan’s countryside. I am from a country which is proud of its diversity and multiculturalism, so naturally the thought of living in a homogenous society was quite worrisome. Whilst I was afraid to move to Japan by myself, I took it as an opportunity to educate those around me about my beliefs and values. My religion plays a huge role in my life because it gives me hope and helps me stay positive in life, and I just wanted people to see it as that.

I came to Japan with an open mind and wanted people to learn about Islam through my actions and behaviour rather than my outer appearance. The day I landed in Japan, I was welcomed with smiles and warm greetings from everyone. The JET Programme places a strong emphasis on building bridges between Japan and our home countries, which meant I would have the opportunity to introduce my religion to others. I think it’s amazing how Japan is trying to open doors for others and allowing their citizens to learn about other cultures and religions within the public school system.

In Japan, I am not treated differently because I am a Muslim. It was always a subconscious feeling that I carried with me, and that made me feel different from other foreigners just because of the way I dressed. My superiors and co-workers helped me with my transition to life in Japan and because of their kindness, I have great appreciation for everyone and everything around me. My students and coworkers would often compliment the style of my hijab (veil) and those few words would go a long way. I realized that as long as I do my best and show respect to those around me, I would be given the same respect back.

I think racism exists everywhere and we just need to take the negativity and turn it all around. I made sure to surround myself with positive people, and to not take other people’s negativity personally. The one challenge that I do have in Japan is food. It is quite hard to find halal meat and non-pork products, especially in the rural parts. Although, this is still a challenge, there are many other great food options, such as, Okonomiyaki, sushi, takoyaki, etc. The staff are usually kind enough to accommodate to my needs.

Oh, and about Muslims being spied on in Japan—this is NOT true and it is just a misconception that has been spread online. If you show respect, then you will receive it back. I feel so blessed to be in Japan because the values and lifestyle that Japanese hold dear to them are similar to Islamic beliefs. Life in Japan can be difficult on some days, but each day is an opportunity for us to grow and show others how wonderful diversity can be. We can learn so much about each other and work together to bring positivity in the world. Alhamdulillah (Praise be to God), there is always something to be grateful for.

5 thoughts on “Life as a Muslim in Japan”